Rupture of the anterior cruciate ligament in dogs is a common problem. This ligament is found in the knee joint of the hind limb. Once the ligament ruptures, it won't repair itself nor can it be repaired surgically. These dogs will generally be very lame and commonly will not bear weight on the affected leg.

The aim of surgery has been, traditionally, to replace it with a prosthesis, usually nylon suture in a procedure called the De Angelis technique.
This has been a very successful surgery, especially in smaller dogs and cats and it still is. However the results are less successful in bigger dogs. Because of this a new technique has been developed for these larger individuals.

The tibia is cut and put back together in such a way to change the slope at the top to nearly horizontal. Typically a bone plate is used to secure the tibia. By doing this the dynamics of the stifle joint are changed in such a way that the anterior cruciate ligament is no longer required to stabilize it. The ligament itself is not replaced. This has been a more successful technique in large dogs but is more expensive to perform.

Typically these procedures require referral. The surgeons at Boronia now commonly perform Triple tibial osteotomies and have performed a number of Tibial wedge osteotomies as well.

We need your dog to be confined indoors for the first 3-4 weeks after surgery, only going out for normal toileting. Walking around inside is good but we should avoid jumping up onto chairs, beds etc and avoid stairs if possible. 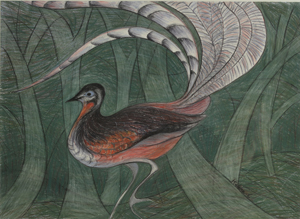